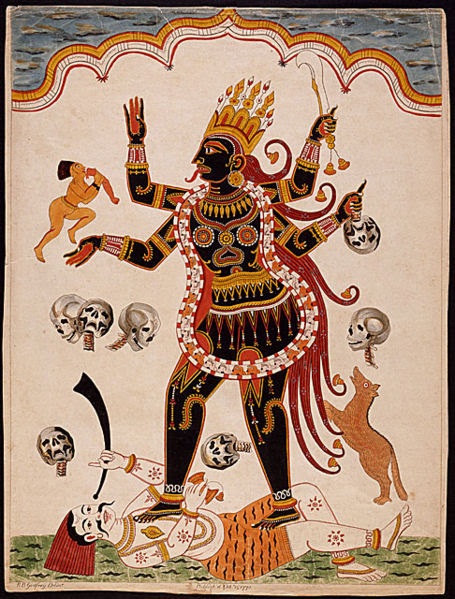 I'm very excited to share that I have a short story in this month's issue of Expanded Horizons magazine. The piece is called Daughters of Kali and it is my first published piece of speculative fiction for adults (er - that's written under my own name). I love the graphic they included with the piece, too.


The only reason Mother was never sent packing was that Father stood directly in the line of fire whenever anyone had anything to say.‭ “‬My wife does all she does with my blessing.‭ ‬If anyone takes issue,‭ ‬let him come to me.‭”

And come to him,‭ ‬they did.‭ ‬All the husbands and fathers and uncles regularly harassed him for setting a poor example and allowing his wife and girls far too much freedom.‭ “‬You’ll have all the women of the village wanting the same treatment,‭ ‬Harbir‭! ‬What will become of our traditions and way of life‭?”


But her father never budged.‭ ‬And while the other women in the village set their feet on prescribed paths,‭ ‬they did so with a hint of mischief.‭ ‬Just a small sidestep every now and then,‭ ‬much to Mother’s secret delight.

Read the rest here and let me know what you think!
Posted by Neesha Meminger at 10:54 PM

hey! congrats, you versatile author, you!

The image is most appropriate for the story. You have me intrigued about khusaras even though they were mentioned for five seconds.

The story was really really good. But you need to follow up on that story. pretty please? =D

and I'm with Gbemi, you are so versatile!

Thanks, ladies! I'm glad you enjoyed the story, Ari :).

Oh, hoorayyyy! I can't wait to read this!

Oh, hoorayyyyy! I can't wait to read this!

I love the quote, and much looking fwd to reading the piece!