The Politics of Story 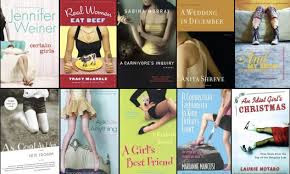 Here is a brief excerpt:


"Author and poet Suheir Hammad once said, “Writing must always have intention because words have power.” I know well the power of words. I know how a single slur can reduce a person to shame and humiliation . . . and fear. Some words—like racial epithets—have long and brutal histories of violence behind them. They carry with them the power to dehumanize and the inherent threat of attack. In an interview with Al-Jazeera English, Hammad stated, “I think it’s a political decision to leave politics out of your work.” Within a cultural, social and economic structure that advantages and privileges some over others, there is no way to make writing the “other” a non-political act. The very fact that there are “others” means that some perspectives are put forward more frequently and more consistently to create a norm, or dominant narrative. [...]

"As soon as voices of the marginalized are brought front and center, out of the fringes of the dominant narrative and into the center, our stories are automatically politicized. Because “othering” certain segments of the population is a social, political and cultural act. In the same way that leaving certain voices out of a narrative, or certain faces out of a film, book cover, magazine, television show, etc. is a political act, bringing those voices into the spotlight and giving them a platform, assigning them equal value and importance and weight, and listening to what they have to say is also a political act, intentional or not."

You can read the full post at Hunger Mountain. Let me know what you think!
Posted by Neesha Meminger at 10:41 AM