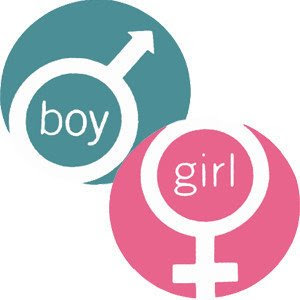 There's a fascinating discussion going on in one of the listservs I subscribe to. It is about covers for books written by South Asian women.

Mary Anne Mohanraj presented a paper (part of which can be found here) at a conference on this subject. Her position was that most covers for books written by South Asian women featured motionless models -- often sexualized, wearing saris (usually red), with only part of their faces shown. She also mentioned that the covers, if not featuring the aforementioned models, might have depictions of food or plants (sometimes in addition to the models). She argues that women's writing is often seen as easy reading, "women's" literature/chick lit, and not taken seriously (if the covers are any indication).

She went on to write that the covers for South Asian male writers are very different, and that it seems once South Asian women authors have a few titles under their belts (and are perhaps taken more seriously), their covers begin to look a lot more like their male counterparts.

It's a fascinating paper and I'd encourage you to read it (even if it is frustrating that it ends part way through. Mary Anne has informed the listserv that her paper is a work in progress and the rest should be up some time before the end of the summer). She also posts the various covers of her book -- an original, more "literary" cover with the image of an open book, juxtaposed with a later one featuring a headless, sari-clad woman who is naked underneath her sari.

Then, go and check out a fairly comprehensive display of book covers by South Asian women authors. Keep in mind that these book covers are not just for books published in the U.S. or Canada -- there are books published in India and Sri Lanka, as well. It would be interesting to see the covers arranged according to where they were published, though.

I happen to know that Sarah Dessen has some covers with sexy, headless models and so does Megan McCafferty. And Carolyn Mackler has a nice roundup of her various covers, both foreign and domestic, here.

And, speaking of fellow debut authors, two other authors from the Feast of Awesome have "boy books" coming out: Sarah Cross's DULL BOY, and Kurtis Scaletta's MUDVILLE. Like Jon Skovron's, both covers indicate motion and are void of Teh Sexy, Partial-Face Model.

What do you think? Different types of marketing based on who's writing the book? Or based on who's reading it? Or is it more about genre, i.e. chick lit versus...um, non-chick lit? Or, (d) this is all a huge pile of horse dung -- marketing is marketing, and sales are sales. You do what you can to sell the book. Period...?

Edited to add: Minal Hajratwala just commented on the red sari phenomenon here, pointing out that THREE different books were released around the same time with similar covers, including hers.
Posted by Neesha Meminger at 2:00 PM

Covers are a very tricky thing, especially when trying to sell to both teens and librarians, who might have very different tastes. Also, often different are books that are by men and marketed toward boy readers versus books written by men but marketed toward girls. For example, I think John Green's books are very nice, but my 14 year old boy self would not have been seen in public with it for fear of being teased because the cover looked too "girly".

@Jon: "...especially when trying to sell to both teens and librarians, who might have very different tastes."

and booksellers! Don't forget that booksellers can turn books away based on a cover...

I thought the breakdown of covers of books with Asian characters was really interesting and revealing. Stunning how many hid the face.

Fascinating to read this discussion and then to look at the cover of Shine, Coconut Moon. Apart from the red sari, it's all there. Disembodied girl as object.