Links for This Week

But as her character complained that she had “no passion, no spark, no faith” and needed to go away for one year, I couldn’t help wondering where do people in Indonesia and India go away to when they lose their passion, spark and faith? I don’t think they come to Manhattan. Usually third-worlders come to America to find education, jobs and to save enough money to send for their families to join them, not work out their kinks. 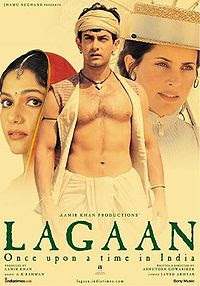 On the other end of the film spectrum, here's an interesting tidbit--megastar Bollywood actor, Amir Khan, who starred in and co-produced the Oscar-nominated Lagaan some years back, has produced a political film about farmer suicides in India. It's a satire that cuts very close to the truth:


Khan knows that he's taking a risk by producing such an explicitly political film in a country where reasonable expectations say it'll find a niche audience, at best. But he's come to believe it's his job to make movies with a message.
"I don't know who else will do it," he says. "When I come across material which excites me — which not only is engaging and entertaining, but also has something to say, or hopefully sensitizes people or makes you think — I'd like to be a part of that."

And in publishing industry news, Barnes & Noble is for sale:


I know exactly when B&N lost me as a customer. Some years ago, to compete with Amazon, B&N began offering free same-day delivery in Manhattan if you placed your order over the Internet by 11 a.m. I did so several times -- and not once did the books arrive when promised. Everything I have ordered from Amazon has arrived on time or earlier. Then came Amazon's game-changing Kindle, and instant delivery. Nothing I've read about B&N's belated rival Nook has tempted me to try it.

Posted by Neesha Meminger at 12:52 PM